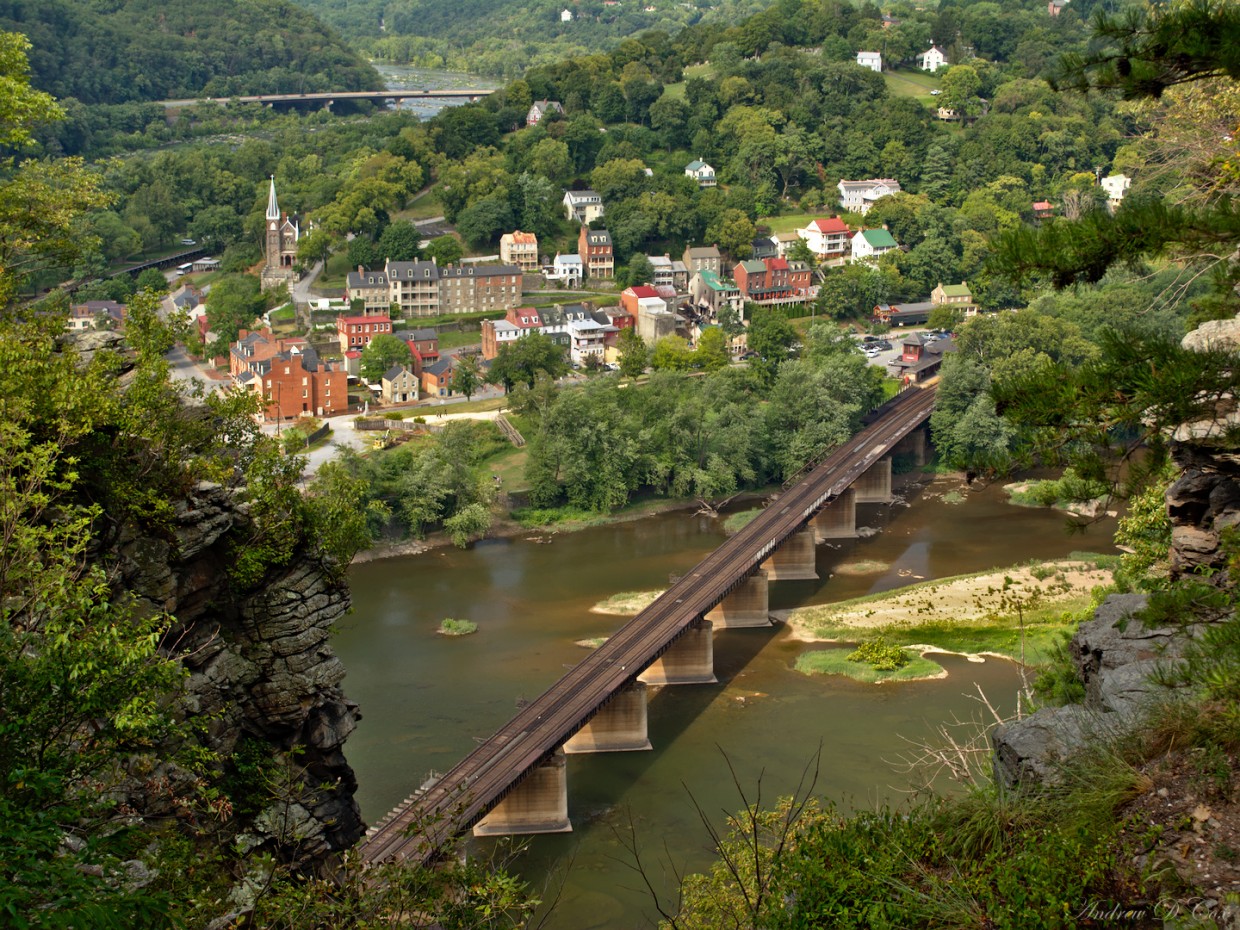 The Appalachian Trail (AT) runs from Georgia to Main, covering 2,178 miles along the way. As the name suggests, the AT follows the Appalachian mountains along the East coast. This weekend I got to hike a (very) small portion of the AT, beginning just below the Weverton cliffs. There is a parking lot called the “Weverton Parking Lot” that provides easy access to the AT. I’m not sure how this parking lot snagged the title of the Weverton Parking Lot, but Google Maps knows exactly where it is. Perhaps there are no other parking lots? 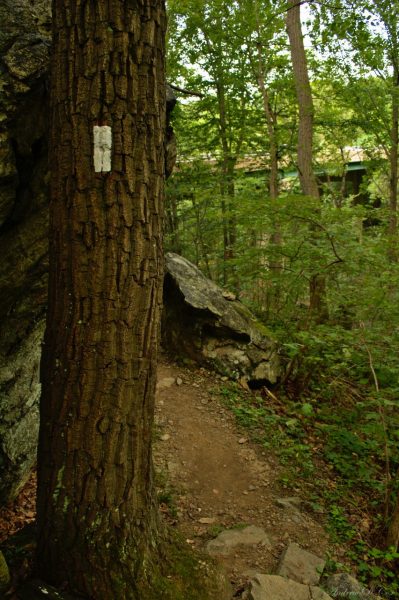 The beginning of the trail is promising. It winds through some beautiful forested hills above the Potomac River. There are several large roads nearby, however, so it isn’t very quiet. I saw several deer in the woods here. The trail is marked regularly with rectangles of white paint on trees and wooden posts. Unfortunately, the pretty forested path meets the much-less-scenic C & O Canal Path at the Potomac River, and the rest of the hike is… well, kind of boring. The C & O (Chesapeake and Ohio) Canal Path is more of a gravel road than a trail. The Potomac lies on the West side of the path here, with the old canal on the East. Some parts of the canal are filled with stagnant water, although it’s difficult to tell it’s water at first glance; there is so much algae and plant life that the water isn’t even visible. Most of the canal, however, is dry and overgrown with trees. 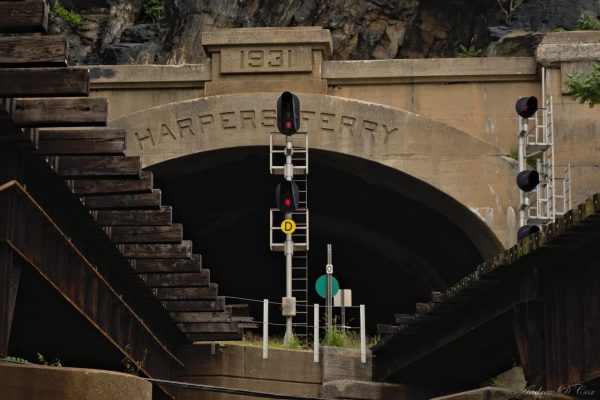 After walking somewhere between three and four miles, I reach Harper’s Ferry. The AT splits from the C & O canal path at this point and crosses the Potomac via a railroad bridge to Harper’s Ferry. Rather than cross the bridge, I opt to continue down the tow path a little further to reach the Maryland Heights Overlook Trail. Like the Weverton Cliffs, Maryland Heights rises seven or eight hundred feet above the river and overlooks Harper’s Ferry. According to the signs along the trail, the area was much contested during the Civil War. It is disgustingly humid and, although the temperature is comfortable, I’m dripping by the time I reached the highest point on the trail. 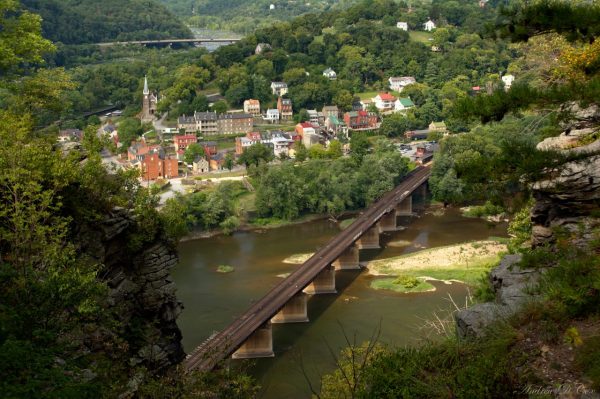 The view from the overlook is well worth the walk though. I’ve seen beautiful photos taken from this spot with the sun setting behind Harper’s Ferry. I’m sure it’s gorgeous in the autumn too.

After spending a little while at the overlook, I head back down the trail. The descent goes much more quickly than the ascent, and I’m soon back on the C & O canal path. I cross over to Harper’s Ferry and explore the area a little bit. There are lots of museums and old-fashioned shops. 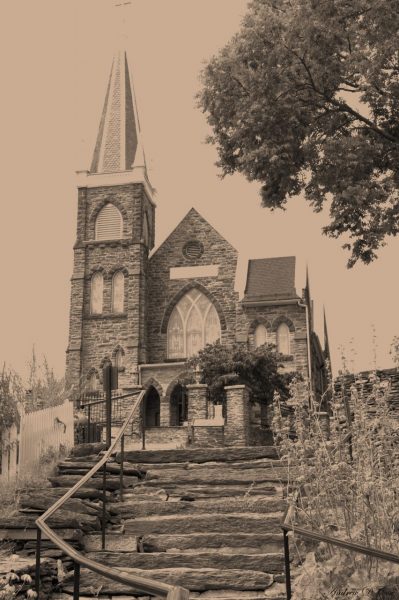 The local Catholic church. I accidentally left the camera at ISO 1600 and blew the highlights way out… I think they turned out ok regardless!

The local Catholic church catches my eye. I take a few photos of it but forgot to reset my camera after taking a few shots in a darker spot (and only noticed when I got home…). The resulting images are extraordinary blown-out, but I think I’ve managed to salvage them by casting to monochrome and then to sepia. It really gives the photo an antique feel!

The walk back is a little mind-numbing. The constant flatness of the towpath, while easy on the legs, does not keep my mind occupied. There’s also not a whole lot to see: a passing freight train is the highlight of the scenery. Still, it’s nice to spend some time outside, and it’s certainly good exercise. Someday I’d like to hike some of the AT nearer the Northern terminus, somewhere up in New Hampshire, Vermont, or Main. The mountains up there are more like the Rockies, and there are fewer people to disrupt the solitude.